Written by Rebecca Hannan for The CSU Cauldron 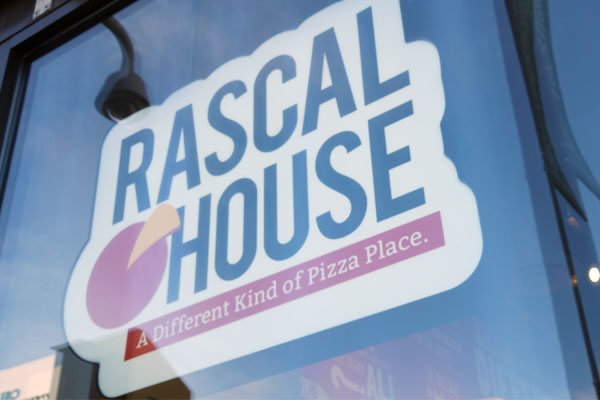 Several months have passed since the announcement that Rascal House would be moved to a new location on campus, and the company has already put in a lot of work in reopening the shop.

Previously located at East 21st Street and Euclid Avenue, Rascal House has moved down to a spot in the Union Building next to the 1900 store.

Cleveland State University bought the land that held the original location of Rascal House, as well as Peabody’s Down Under concert club, to be used for the construction of the new Center for innovation in health professions building.

The popular pizza house is now under management of the original owners’ son, Niko Frangos. Having been an important part of university life for several decades, Frangos said Rascal House is working to keep its relationship with the college and community.

“We’ve been a partner of CSU for a long time in a lot of ways,” Frangos said. “We obviously want to be a good neighbor and good partner, and make sure that the school can do what they want to do, because we believe in the school.”

With the new move, Rascal House hopes to portray the growth of their company through renovations and the look of the new shop. Frangos decided to play a bigger role in his parents’ business in order to bring a new outlook to the company.

“I came back from California to really add some fresh vision to it, to repackage it just a little bit,” Frangos said. “So really all the newness of it is not really this new idea. It’s just a refinement of what the brand is -that’s what I’m excited to do.”

Frangos added that it was important to him to figure out the clarity of what the Rascal House brand is.

“We needed to have a more singular voice in order to get bigger as a brand – it needed to be refined.”

As construction on Euclid is underway and leaving the old location in a torn-down pile, the new location is almost ready for complete use.

The inside already has a working kitchen, which the company has been using to run its delivery services, and Frangos believes that the dining area will be open to the public this month.

”Most of the work right now is just finishing stuff,” Frangos said. ”All the equipment is there, all the structural stuff is there and everything is in place – we’re just now making it prettier.”

“My vision was to figure out what our voice is and why people like what we do ­then make the environment and the visuals reflect who we really are.”

Frangos said the interior of the new location has been changed a bit as far as looks go, but the environment will have the same right-at-home feel to it. “My vision was to figure out what our voice is and why people like what we do – then make the environment and the visuals reflect who we really are,” Frangos explained.

To keep up with being a student hangout, the new shop will feature a ‘power bar’ lined with a large amount of electrical outlets for people to use to get work done.

As before, free Wi-Fi will be available to comply with the use of technological devices.

The plans for the menu do not feature a great amount of change. All the classic pizza, subs, pasta and other options will still be available. However; there is an addition of different flavored milkshakes for customers’ enjoyment.

With the dinning area opening soon and ‘plans for a fun-filled grand opening in the works, Frangos believes the move of Rascal House is going to be a great thing for the business and the community.

“We’ve seen CSU grow,” Frangos said. “We’ve been here 35 years, and the school really was tiny when we first got here. Seeing that evolution was cool, and we obviously don’t want to be some barrier to that progress. We were happy to have that conversation and turn it into something positive.”

Here’s to 2 great years and many more to come! And now, let’s look forward to what 2016 has in store for us… Happy New Year from Rascal House!