Earlier this year, we posted an article celebrating our involvement with the Cleveland Metropolitan School District in their “Get 2 School. You Can Make It!” attendance campaign. Attendance is a key indicator to academic success, and missing ten or more days a year reduces students’ test scores, graduation rates and significantly impedes successful preparation for college and the workforce. The goal of the campaign is to reduce the number of students missing more than ten days, which would increase CMSD’s graduation rates and test scores. 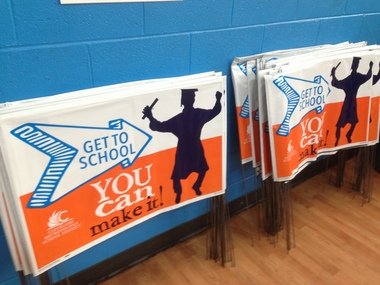 Recently, the Cleveland Metropolitan Schools celebrated a .4%  increase in attendance rates making the new student attendance rate 90.4%, just a couple points under the 93% rate that the state of Ohio expects. From a cleveland.com article explaining the progress and campaign,

“After a year of campaigning for better attendance with phone calls, billboards, rallies, visits from Cleveland Browns players and giveaways of fast food and bicycles, the district has made a small dent in its abysmal attendance rates that are the worst of any district in the state.”

Rascal House is proud to have helped incentivize students to participate in the American Graduate Champion Storytelling Contest by donating approximately $850 in gift certificates to participants in the program, an initiative designed exclusively for CMSD high school students who would have dropped out due to personal challenge(s) were it not for a “Champion” who stepped in to support them. Ideastream asked CMSD high school students to share their stories and identify their “Champion” through written form, an audio or video recording, or an original work of art. 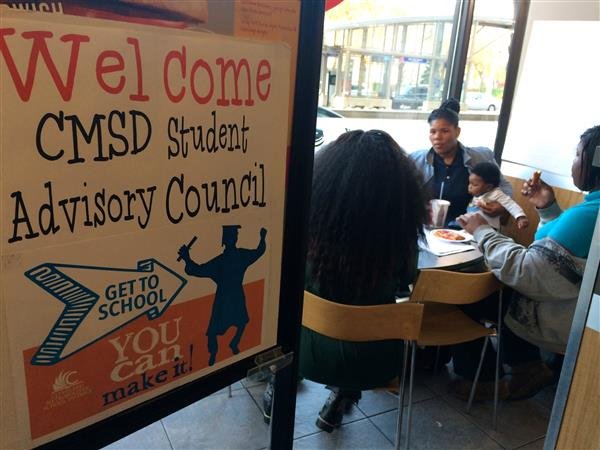 Additionally, Rascal House helped to encourage CMDS student attendance by hosting a pizza party for the Top 5 winners of the contest and a few guests – that’s a lot of pizza, pies, wings, and salads – and has supported the campaign by offering pizza to weekly phone banks targeting families of students. In November, we even hosted approximately 30 students from CMSD’s district-wide Student Advisory Council for a night of pizza and brainstorming up incentives to improve attendance. 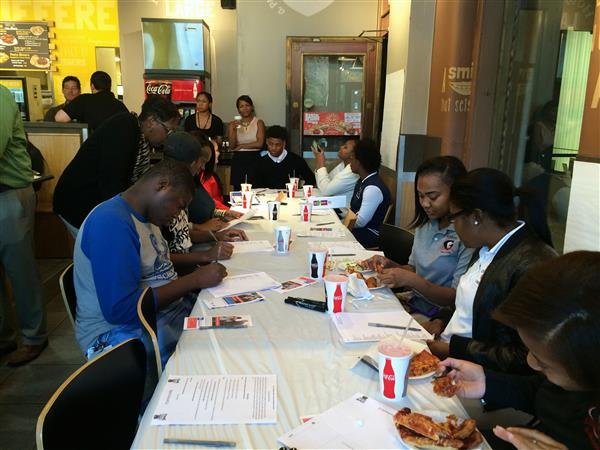 We’re excited to see that all of the hard work and dedication on behalf of the “Get 2 School. You Can Make It!” campaign is paying off, and we’re especially happy to live up to our name as a Different Kind Of Pizza Place! Having been anchored in the Cleveland community for nearly 36 years, we are pleased to give back to our local schools and support such a critical endeavor – improving student attendance. So, here’s to more pizza, and better attendance!

Read our original article for the “Get 2 School. You Can Make It!” campaign here.